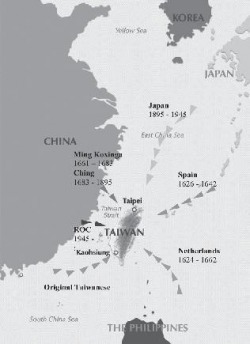 Malayo-Polynesian tribes settled in Taiwan in ancient times. They were the earliest aborigines in Taiwan. Between the 16th and the 17th centuries, Hakka and Holo speaking people from the coastal Chinese provinces of Kwantung and Fukien began to arrive.

After centuries of inter-racial marriage, very few pure ethnic groups remain in Taiwan. Today, the Holo speakers account for about 62% of the population on the island. Descendants of the Hakka settlers account for another 20%. About 3% are indigenous people from one of the twelve tribes. The remaining 15% of the population immigrated to Taiwan in 1949 after the Kuomingtang's defeat in China. Starting in the late 1990s, a dramatic increase in marriages between Taiwanese and foreign nationals has brought more immigrants to Taiwan.

Taiwan’s many encounters with other countries and cultures, especially in its experiences of colonialism, have led to a diverse and unique art scene. Taiwan’s aborigines are renowned for their folk dances and indigenous music, while painting, pottery, and modern dance took root under the Japanese. Taiwan also continues the traditional arts of glove puppetry and opera. Every genre of art, be it music, painting, dance, or literature, has drawn on multicultural influences and added a local sensibility, resulting in art that is unique to Taiwan’s cultural, political and geographical position.

On the global stage, Taiwan’s cinema scene has garnered the most praise, with its highly lauded New Wave movement founded by directors such as Edward Yang, Wang Tong, and Hou Hsiao-hsien. In 2005, Ang Lee, a native of Pingtung, was the first Asian director to win an Academy Award.

“Made In Taiwan” delivers quality and innovation

Taiwan began its transformation from an agrarian society into a technological powerhouse just sixty years ago. In the 1950s and 1960s, it was one of the world’s leading sugar exporters. Over one million metric tons of sugar was produced annually. In the 1970s, it was known as the largest supplier of hats, shoes and umbrellas in the world. Nowadays, it has further evolved from a labor intensive economy into a knowledge economy, producing hi-tech goods with excellent quality and innovation. 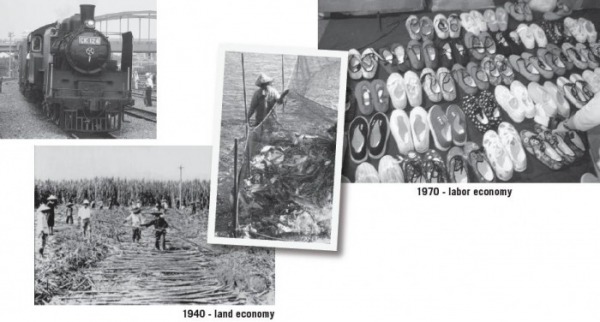 Taipei 101, a 101-floor building in Taipei, is currently the tallest skyscraper in the world and boasts the largest New Year’s Eve count-down clock. It is also equipped with the fastest ascending elevator: 55.22 ft/s (37.5 mile/h).

Taiwan’s Phalaenopsis orchids (or Moth orchids) thrive in the country’s subtropical climate.
Taiwan is considered one of the global leaders in orchid production.

Taiwan High Speed Rail (THSR) connects Taipei and Kaohsiung, Taiwan’s two largest cities, which are 208 miles apart. The trains are capable of traveling up to 186 mile/h.